On November 24, IvyCap held its ninth episode of the Imagine Series ‘Deep Tech - What can we expect from the Industry and Startup Ecosystem over the next decade’. Our speakers included Prof. Satya Chakravarthy, Head of, National Centre for Combustion R&D, Prof. of Aerospace Engg., IIT Madras, and Ms. Nidhiya V Raj, Head-Startup & VC Ecosystem, South Asia at NVIDIA.
The speakers provided their views on a number of different aspects ranging from some of the unique challenges our entrepreneurs face in this space, support being provided from the industry, developments in academia, the need to ‘Democratize’ information to make Deep Tech successful, and many more topics. Some interesting areas where we expect to see innovation include Sustainable Energy, Mobility, Healthtech, and Networking.

To hear what our speakers had to say, click on the link below. 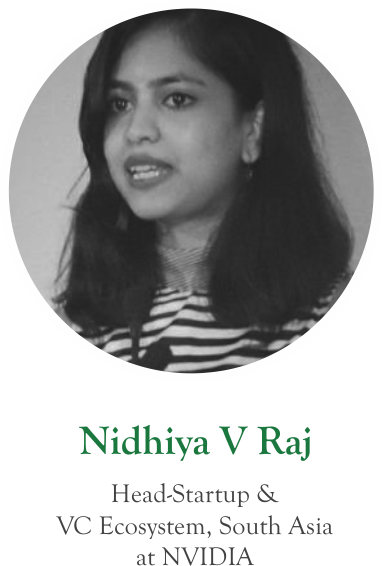 Nidhiya heads Startup & VC Ecosystem for NVIDIA in South Asia where she evangelizes the adoption of AI across various industry segments. An additional responsibility she holds at NVIDIA is to lead some of the emerging market strategies at large to enable AI Adoption in underrepresented countries across the world. As a technologist, she handles an interdisciplinary role working very closely with AI & Data Science startups, corporates, government, and academia. Apart from her corporate role, she serves as a board member at non-profit initiatives like TinkerHub & Random Hacks of Kindness to strategize ‘tech-for-good’ activities. She dedicates her weekend for advising a few startups on product and growth strategies as well. She started off her professional career with NASSCOM and prior to that, she ran her startup for about three years while she was pursuing Engineering & Young India Fellowship. Her wearable Innovation– Nirbhaya 2.0 has got recognized by the US Consulate, TCS, Makerfaire, Maker Fest, Coca-Cola etc. 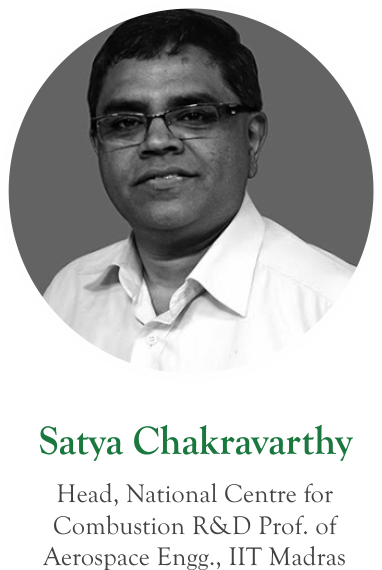 Satya Chakravarthy is a Professor of Aerospace Engineering at the Indian Institute of Technology Madras, Chennai, India. He received his Bachelor of Technology degree in Aerospace Engineering from IIT Madras. Master of Science in Aerospace Engineering degree and Doctor of Philosophy, both from the Georgia Institute of Technology, Atlanta, GA, USA.
Satya Chakravarthy heads the National Centre for Combustion Research & Development (NCCRD) at IIT Madras. Satya Chakravarthy is also heading the Centre of Propulsion Technology at IIT Madras, supported by the DRDO.
He has around 100 peer-reviewed archival journal publications to his credit, and presented over 240 conference papers, delivered many keynote/plenary/invited lectures, visited many universities such as MIT, Cambridge, TU Berlin, TU Munich, etc., and industries such as GE, FM Global, etc
Satya Chakravarthy is the Lead Co-founder and Technical Lead of The ePlane Company, a startup company aiming to make a new breed of aircraft called hybrid aerial vehicles for vertical takeoff and landing as well as long distance flight to carry goods and passengers, ultimately leading to air taxi operations; Director of Agnikul Cosmos, a startup company aiming to make mini launch vehicles to launch micro- and nano-satellites into space orbits; Director of Aerostrovilos, a startup company aiming to produce micro gas turbines for decentralized power generation; Director of X2Fuels & Energy, a startup company aiming to convert any kind of wastes—municipal solid wastes and agri wastes—into crude oil; share-holding Advisor to GalaxEye, a startup that aims to make earth observation satellites with multi-sensor fusion and edge-computing in space. He is also the faculty mentor of the Avishkar Hyperloop student team at IIT Madras. 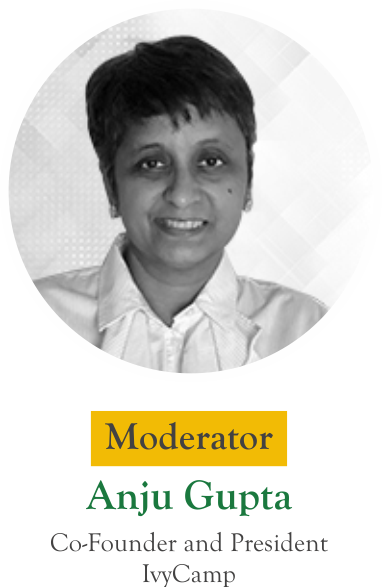 Anju Gupta is the Co Founder and President at IvyCamp. She has over 15 year’s experience in the Product Management and Marketing in the software industry. For the past 15 years she has worked in a number of roles (most recently as Sr. Director) at Risk Management Solutions Inc., in California, the leading provider of catastrophe risk models for the global re/insurance industry. Her roles have included building risk assessment models for earthquakes, leading the software development cycle for RMSs first ASP weather derivatives product, leading the product management team for RMS’s core catastrophe software product line (revenue of over $100 million), playing a key role in the core team that laid the groundwork for RMS next generation modelling platform, and the architect of RMSs first usage based pricing methodology for its next generation platform.

Smita Mishra is the founder of Fandoro Technologies, a SaaS startup that helps businesses become planet-positive through the adoption of the UN Sustainable Development Goals framework. They help enterprises build purpose-led businesses by identifying and managing their sustainability-related risks and opportunities. She’s also the Founder and CEO of QAZone Infosystems, a software testing firm. Smita is an experienced entrepreneur with a demonstrated history of working in the financial services, retail, banking, and utility industries. As a computer science engineer, Smita is skilled in data analytics and user experience. She’s also adept in the areas of business risk mitigation for tech products as well as project/product/test management.Aside from also being an international speaker on technology and diversity in tech, Smita also engages with different forums to assist growth for women in her field.